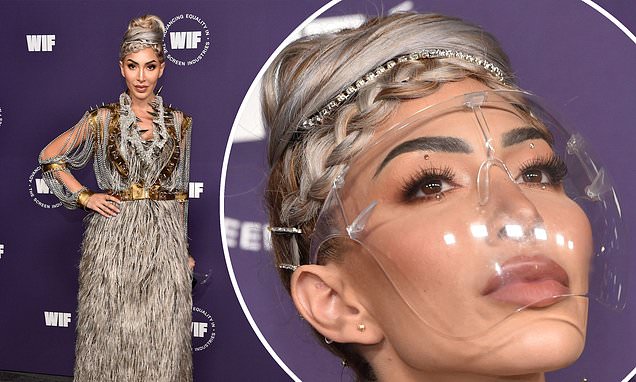 Farrah Abraham, 30, showcased her unique sense of style as she stepped out in an edgy metallic ensemble to the Women in Film Annual Awards in Los Angeles on Wednesday.