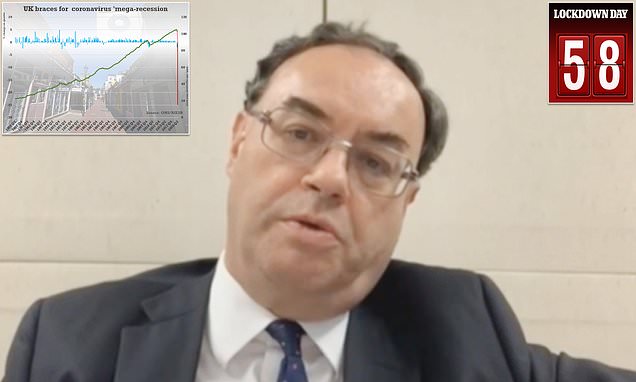 Bank governor Andrew Bailey told MPs it would be 'foolish' to rule out the move - which would effectively mean institutions paying to keep cash in the bank.