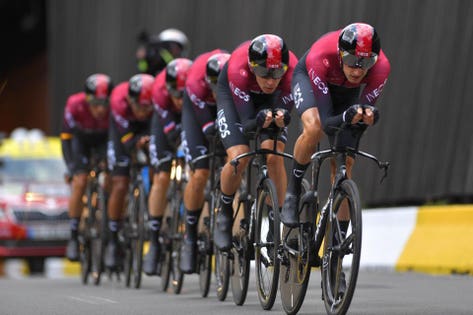 Professional cycling is a team sport played by individuals. This is the same dynamic within startup companies. There are individual victories and internal competition. But it's all in service of the ultimate goal: the team and company succeed.