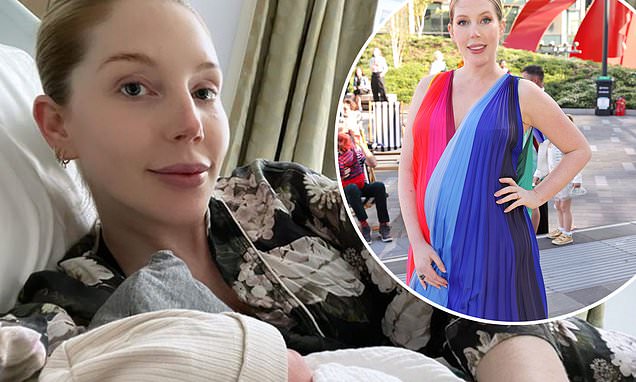 The comedian, 37, revealed the happy news on Instagram Stories on Monday, sharing a radiant snap of herself cradling the newborn.