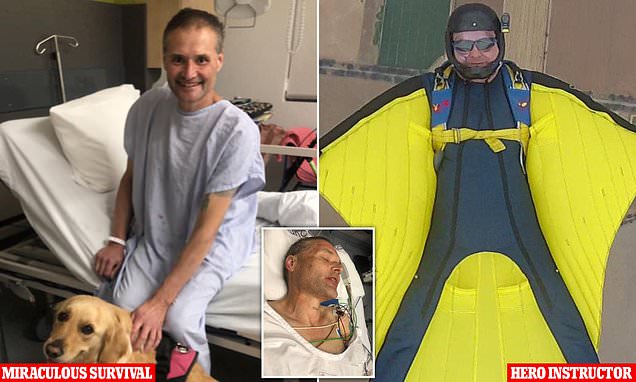 A Victorian grandfather has told of the moment his parachute didn't open when skydiving and paid tribute to the hero instructor who sacrificed himself to save his life.